Finally, after two rearrangements, we managed to get out of the country to Florida. We rather optimistically booked this for April 2021, back in the summer of 2020 when it looked like everything would be dying down and be over by then.

Yeah. We guessed oh so wrong. 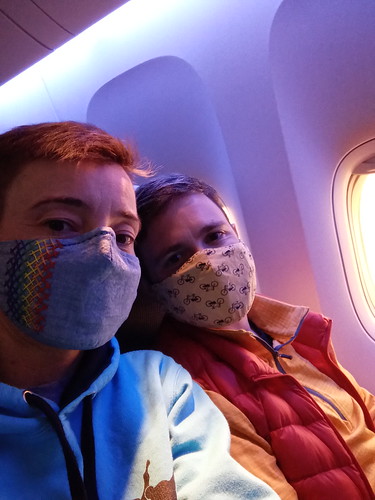 This is what flying looks like at the moment. Although BA ditched the mask requirement for some countries the day before we flew, the US still requires masks on all flights and in airports. Honestly, I was happy to wear one. We’re smiling underneath them, really!

It was the Flower and Garden Festival in Epcot, which I always enjoy. Looked like we’d caught it a little early, but the flowers were coming out a bit more by the time we came home again. 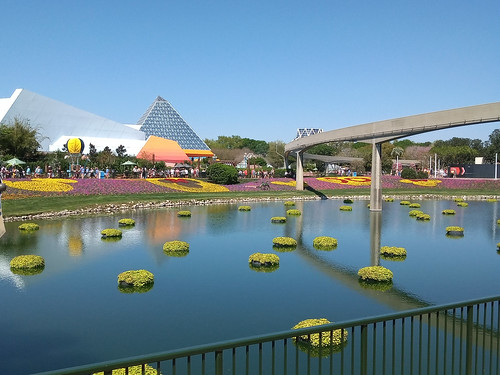 I ate some stuff that might have been not entirely 100% nutritionally beneficial? Although tarte aux fraises is my favourite, and we did do a lot of walking. 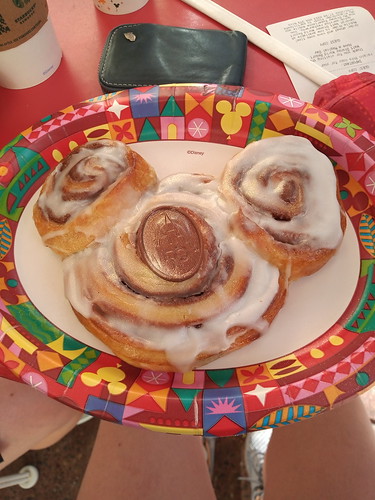 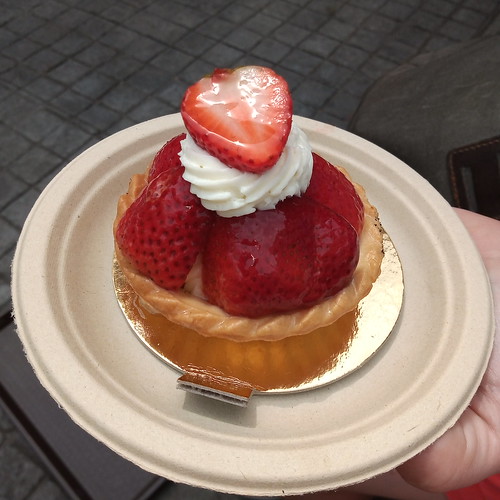 Galaxy’s Edge was open in Hollywood Studios, so we got to see that for the first time. It looks great, but the queues for the rides were immense so we didn’t bother. I think the slightly cloudy (although steaming hot) day we went on helped my photos frankly. 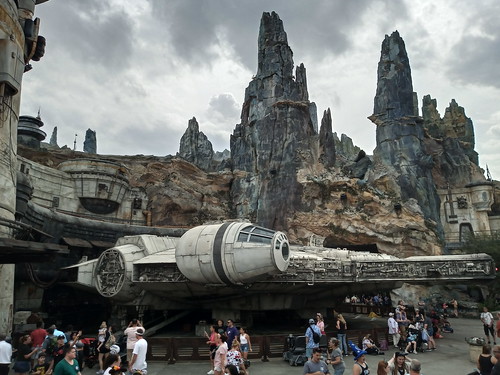 Actually, about those queues. Disney has spent years bringing the time in line down, with fast passes that were free to all park goers. They’ve (to be blunt) broken it right now, with a rebrand of the concept called ‘lightning lanes’ that they charge for. At most, if you’re really, really lucky, you could probably get 3 rides in on those if you do a single park for a really long day. At $15 per person on top of your ticket, that’s not great. And it shows, because every park had some horrendous wait times for almost every ride (1-2 hours). My guess/hope is that they’ll tweak it again, because we rode almost nothing while we were there – which was ok for us, because we’ve done most of them before, but if it was your first time yikes.

Fortunately we found the drawing sessions again, after they got canned from Hollywood Studios. They’ve been moved to Animal Kingdom, out on Rafiki’s Planet Watch. They’ve added some guidelines to the paper, which seems to help the more graphically challenged quite considerably, and interestingly the guidelines are quite different depending on the character being drawn. We got Donald. 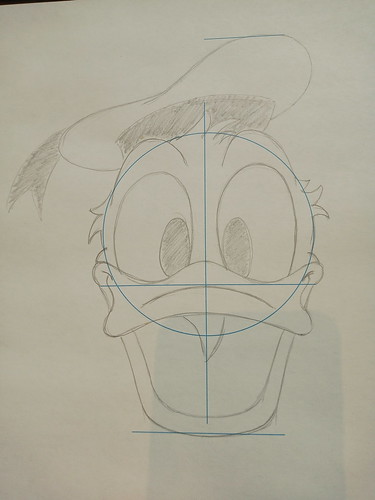 And the day before we came home was Clarkie’s 40th birthday. We played golf (9 holes, thankfully!) and ate at the Grand Floridian Cafe with my parents. Then we spent the afternoon/early evening in Magic Kingdom before flaking out spectacularly and ended up watching the fireworks from the lake that’s 10 minutes walk from my parents’ house. 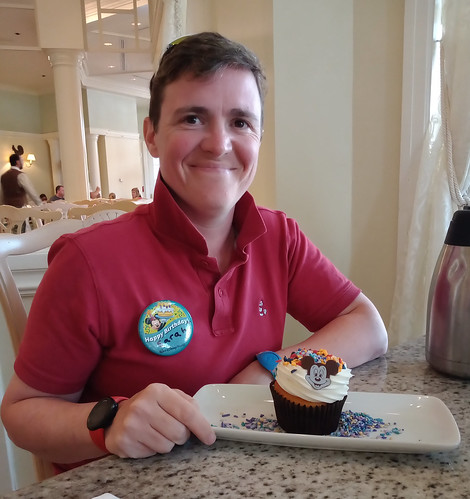 And now we’re home, and back to normal life. The UK kindly greeted us with a cold snap and snow showers, so that was nice. There are a few more photos in an album over on Flickr.

We did have a lovely holiday, and we’ve started making lists of other destinations. Fingers crossed for borders staying open and all.